May 24, 2014, Nogales, Sonora, Mexico: Protesters at the Victimas de la Patrulla Fronteriza Protest vigil in Nogales, Sonora, Mexico, were joined by protesters from the Border Patrol Victims Network from Nogales, Arizona, USA, along the international border in Sonora to support families of those who have been killed or injured in incidents involving U.S. Border Patrol agents. Shena Gutierrez, (left), says she wants the eleven U.S. Border Patrol agents held accountable for the severe beating of her husband in 2011 at the San Luis, Arizona, port of entry. Gutierrez also claimed that just prior to the protest she was harassed then arrested at the Nogales port of entry. Guadalupe Guerrero, (right), comforts Gutierrez at the site where 16-year-old Jose Antonio Elena Rodriguez was fatally shot in Mexico by a U.S. Border Patrol agent who fired from Arizona in to Mexico. 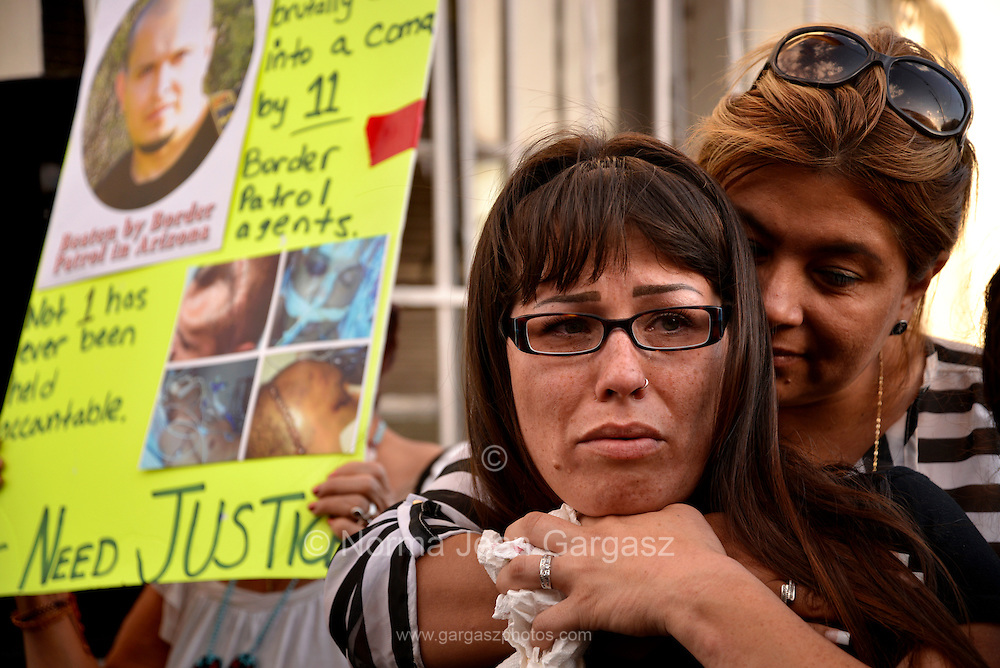