Isaac Osuna, 20, cries after witnessing counter protestors burn the flag of Mexico at a protest of immigration legislation attended by about 15,000 on April 10, 2006, at Armory Park in Tucson, Arizona. Counter protestors chanted, "Viva Zapata....Return home and fight for your rights.....Respect your own revolution tradition." They also said, "You people have been betrayed by communism." Protestors of immigration legislation responded with, "Si se puede," and "We didn't cross the border, the border crossed us." 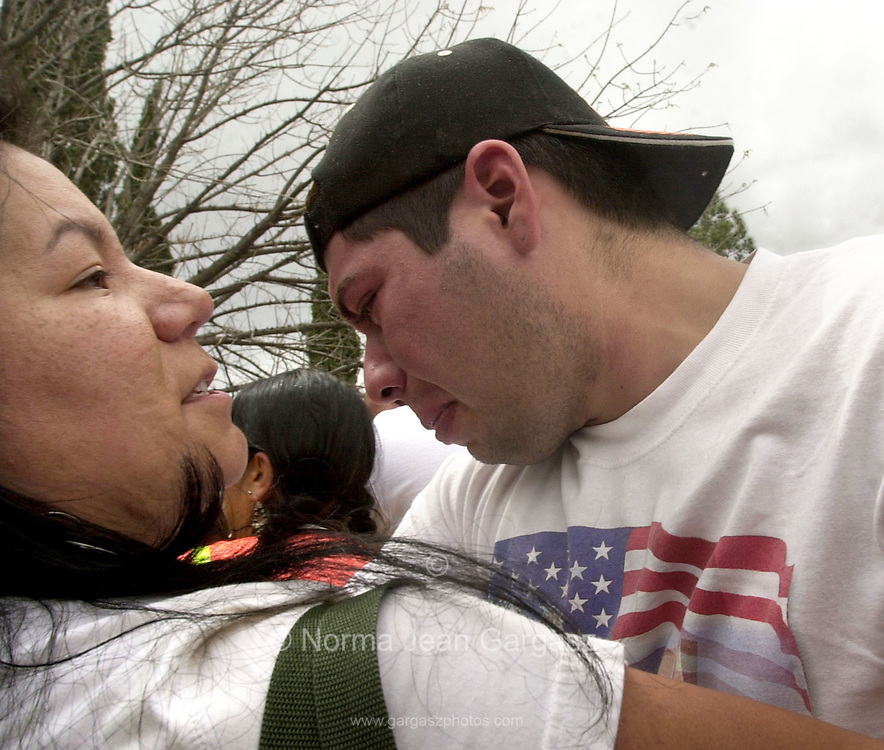