Posters placed on the U.S. side of the border wall call for justice for Mexican teenager, Jose Antonio Elena Rodriguez, 16, who was allegedly shot and killed by U.S. Border Patrol agents firing through the fence in to Nogales, Sonora, where the youth was reported by a witness to be walking down Calle Internacional on October 10, 2012. The agents claim the the youth was throwing rocks at them either through or over the border fence in to Nogales, Arizona, USA. A cross memorializes the youth at the location in Mexico where he died. 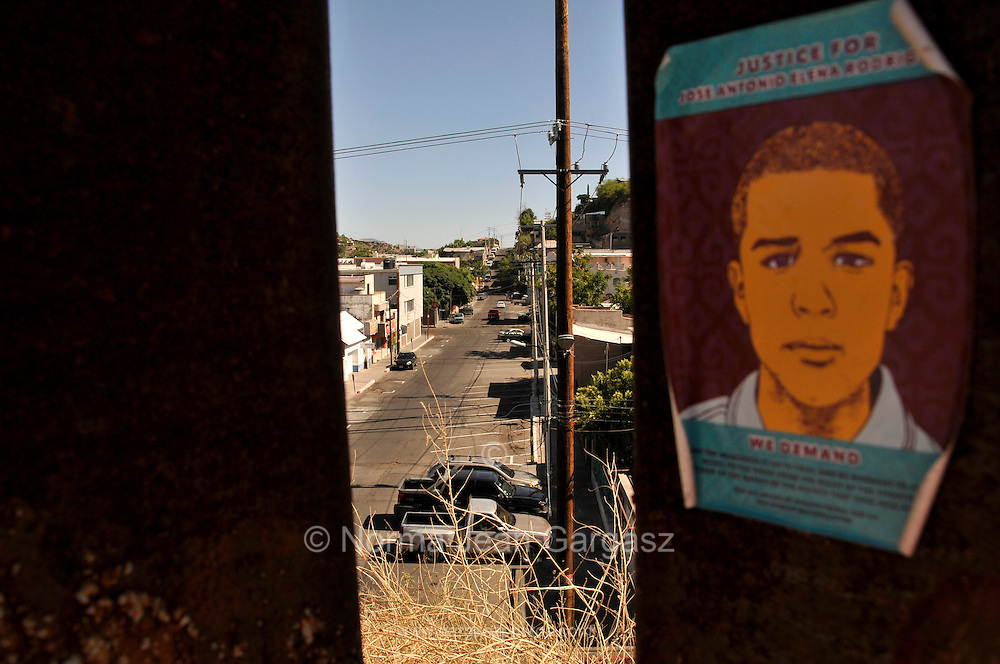