Green Valley, Arizona, USA, paramedics/firefighters move Josemara Aquino, 3, an illegal immigrant from Mexico, from her mother's arms to a backboard for transport to a Tucson hospital. The girl was among 41 illegal immigrants packed into an extended cab pickup truck that rolled when the smuggler attempted to flee Border Patrol agents after being spotted by a helicopter near Arivaca. As the truck increased in speed, ground units pulled back, but the chopper continued to follow the vehicle. Five helicopters made a total of 6 trips to transport the most seriously injured to Tucson. 14 ambulances transported others from the scene on Old Nogales Highway, about 18 miles south of downtown Tucson. The driver/smuggler was taken into custody after he tried to flee. About 10 children were in the vehicle and were stuffed into the front seat and extended cab. The others were stacked in the bed of the truck. The rollover took place on March 14, 2002 near Sahuarita, Arizona. 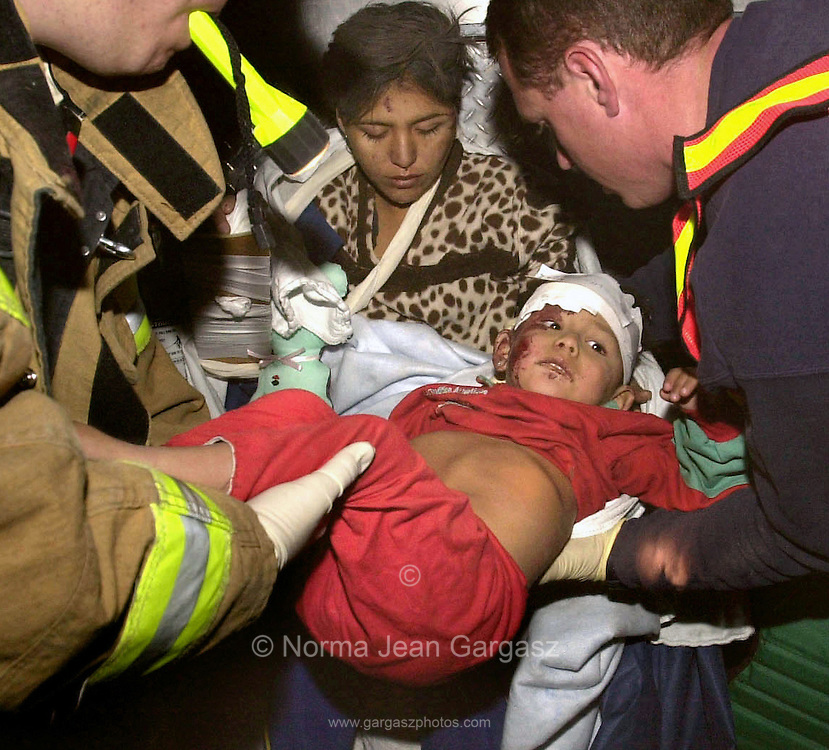